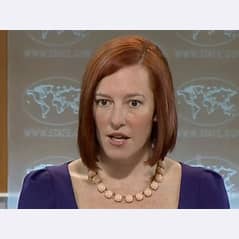 So lets do what Ms. Psaki always says and circle back……..lets do some connecting of dots. use some critical thinking and see where it leads us…

Why the change in the propaganda…is Biden (Obama’s puppet) just doing as told…why was the person who set Trump up Ms. Rice…

Remember her? The day they were leaving the offices one of her last emails said lets make sure we do everything above board or by the rules or some such COVER YOUR ASS DRIBBLE. Where is she now….advising Biden?

You may have forgotten all the twist and turns of the Obama administration connecting all intelligence agencies in the last days in power as our government to make it harder to ferret out dissidents, leakers and cover the treasonous acts perpetuated against the new administrations. Done by lawful means my ass….

Did they all do an about face because of an informer a Defector from China. that was going to now blow up their narrative….is this why now we see the virus started in a lab and escaped from there….are all the players guilty are some …is anyone????


Did they create this as Fauci touted in 2017 Trump was going to deal with a pandemic…let me pull back from accusing him of anything more then trying to cover up…his dealings….. with developing a gain of function virus, and lets just say he was practicing CYA stuff….Understand there may be need for such shit but no need to cover it up as people were dying….

Instead what we got in MY OPINION was a man trying to maneuver a mine filed of his own making or trying to Cover his ass or was he trying to help bring down a duly elected leader and throw a monkey wrench in his administration….

Why do I feel like that? Fair question …here is the answer…..

Every forecast, prognostication, opinion, fortune telling pontification, advice, guidance he offered he changed soon after, just to list a few.

I could go on but you get the idea…..

He changed every assertion he made…..

Why is Susan Rice and a crap load of Obama People in this administration …shit presidents for second terms often change their base people and here he is taking OBAMA people and inserting them into key roles or is he just doing what he is told….

Why did the narrative flip all of a sudden…was it the FBI kept info from Wray the head of the FBI because they know he is corrupt…they waited till the informant had done all he could and then they went to Wray. And now Obama and his minions all know the cat is out the bag….see link

BREAKING: Chinese Defector Confirms COVID-19 Was Manmade in a Laboratory – This Is Why the Obama/Biden Gang Has Changed Its Narrative Surrounding the Origins of COVID-19 (thegatewaypundit.com)

It seems there are still some journalists out there like Adam Housley, that can put 2 and 2 together and actually get 4 not 3 or 5 but factually correct critical thinking and exploring the whys and why nots…

I have my own theories and yes they deal with conspiracy’s….and why not…I know what Marxism is like I came from a communist/Marxist country like many legal and illegal immigrants….that type of system uses propaganda and fear.

For propaganda …. well ask yourself who that might be…say people that censored your speech media groups that literally yelled FIRE in a crowded social media environment just like a theater. why are they allowed to do so …why are we cancelled and hushed up…

Who Gave Them That Right…..who allowed them with the excuse of they are a private business and we can’t even sue them as they have section 230 protections…and why do they …we see they are corrupt at best they are the guy hollering fire in that theater saying why you and I think or our opinions or our worries and more so OUR QUESTIONS are cancelled not to be answered we are then not the victim but painted as the perpetrators of evil. not that we shouldn’t be believed or answered but we are the criminals…yes we laugh about Facebook jail but it is real it disrupts our lives and our actions…it makes us fearful… When I complained about being thrown yet again in FB jail I had an acquaintance say I had to learn how to navigate the tyrannical social media algorithms.

I can’t express my opinion but they the administration, politicians, social media conglomerates can force me into silence by doxing or threats of loss of jobs or just cancelling…the term means you are no longer a viable entity no longer a human not a person to be believed or given worth….Less then a slave …a nothing!

We need action…not political stomping of the soap box but actions before we have to take action in our own hands….we need the powers that be to eliminate Section 230 protections…do like several states and sue or fine social media rich little twats that they are and hit them in the pocket book like DeSantis is doing same as other governors…the Feds should also allow us to sue when our civil rights are blocked…don’t give me that shit about they are a private entity we make lots of private entities toe the line….you can’t pay a dollar an hour pay as we have a minimum wage…you can’t as a private individual speed twice the posted speed or else you pay a fine…you have freedom but if your freedom takes others freedoms away and you detain them you can be sued hell even arrested…

make it so people can sue if they can show they were not treated like others and the reason was we are of a political ilk that is not of the one they support and don’t want my facts out to counter their propaganda….we are either all free or none of us are free.

Liberals yelled fire in a crowded theater…there first yell was ORNAGE MAN BAD…
Then they yelled you can’t speak unless it is approved…I checked the constitution and be damn if I can find where just one type of speech is free….. the kind you like….in fact it specifically protects speech we may not like

All I ask is let me use the courts and our system to hit back….hit them where it hurts in the bank account….

I don’t care if it was a mistake (their regular claim)….. an algorithm …. or plain old collusion.

But we should be allowed to recover damages and the government should elicit a punishment of the guilty. Or else !

And by “or else” I do mean that people can only take so much and then an over throw is in the works…will it be an over throw of the frauds, the fakes, the liars, the schemers, the guilty, the lawless or will it be as it has been recently the overthrow of the peoples rights to rule over their government and Politian’s ….you decide

Liberals and the entities both private and governmental that fostered these lies and took our basic rights away.